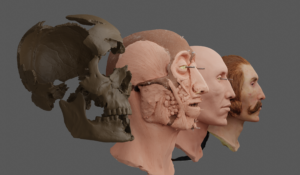 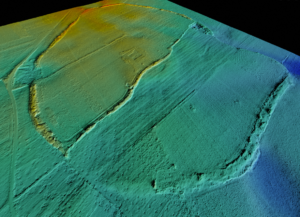 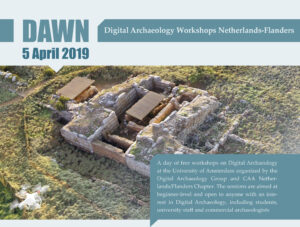 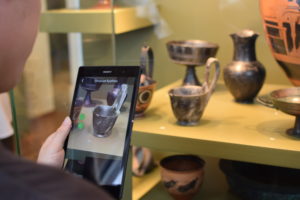 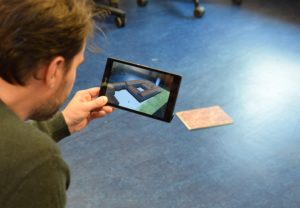 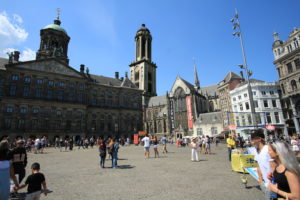 New blogpost on Augmented Reality and visualizing the process of a facial reconstruction of a Russian soldier who died in the battle of Castricum in 1799. Is 3D object recognition there yet to be used in a museum context?
4dresearchlab.nl/visualizing-the-process-of-facial-reconstruction-in-ar/
... See MoreSee Less

We have written about our Augmented Reality projects before, here, here, and here. But we never talked about one of our original case-studies that motivated us to start working with AR in 2018: visual...

After nearly a year of hard work, we present to you: the historical reconstruction of the Waterlooplein neighbourhood! On display in the Jewish Historical Museum, Amsterdam. Their new exhibition opens on thursday!

The project covers the historical change of the islands Vlooienburg and Marken or Valkenburg (later: Valkenburgerstraat) from their inception in 1600 to just after the creation of the Waterlooplein around 1890.

With the installation in the museum you can navigate these historical 3D spaces on touchscreens, while other visitors are watching your actions. The VR also includes a reconstruction of a dinner table in a Jewish interior of around 1650 with objects found in cesspits during the Waterlooplein excavations of the 1980s!

So much thanks to everyone who has contributed their time and energy to this project! A full list of credits can be found below the following walkthrough video:
www.youtube.com/watch?v=jK5NZTGCEPQ
... See MoreSee Less

Research, reconstructions and video by 4D Research Lab, University of Amsterdam, made for the Waterlooplein exhibition at the Jewish Historical Museum Amster...

Drone Over Troy: The Contribution of Low Altitude Remote Sensing in Archaeology by Jitte Waagen

The Amsterdam Troy Project is dedicated to researching the archaeology of archaeology. But what exactly is this field of study, and how do we go about lookin...

This orphanage looked over the Amstel river from 1656 to 1888. Part of the multi-period reconstruction of the Waterlooplein neighbourhood, on display in the Jewish Historical museum this fall. #3d #historicalreconstruction #JHM #UVA #amsterdam

Diaconie Weeshuis 1656, Amsterdam - 3D model by 4D Research Lab [da1ac81] - Sketchfab
In the latter half of the 17th century, the Diaconie Weeshuis, an orphanage managed by a protestant church, proudly overlooked the Amstel river. It was located on former ‘Vlooienburg’, an island constructed in the Amstel for urban expansion around 1600. The orphanag was constructed in 16... ... See MoreSee Less

Next week computer sciences student Bram Dekker will present his BA thesis on methods to calculate 3D volumes from multiple seperate archaeological surfaces. His script makes it easy to generate 3D volumes from a sequence of surface meshes of archaeological excavations. A step towards the automated generation of a 3D volumetric stratigraphy. And very useful as a basis for 3D density analysis of finds.
And that all inside Blender (only required download)!

You can learn more about and download it on my Github:
github.com/TJRL/Archaeological-surfaces-to-volume

All credits to Bram for setting it up. We were very happy to supervise him.