The Art of Reconstruction

The art of reconstruction was a one year pilot-project of the 4D Research Lab initialized by dr. Patricia Lulof. It aimed to explore the usage of digital 3D-reconstructions to support the study of historical and archaeological architectural settings. To this end, the focus was on the development of a methodology for 3D modelling as a scientific research tool.

As a case-study for the pilot-project the temple of Caprifico di Torrecchia1 was chosen. The temple was situated 60 kilometres south of Rome and founded about 520 BC, stood only for a brief period and was destroyed shortly after 500 BC. The emphasis of the project was on the documentation of the process of modelling, and to store the meta-data generated from this process together with the original dataset in a database. Although the latter goal was only achieved partially, lessons learned during the pilot formed the basis for subsequent projects.

The process of building the model generated new hypotheses regarding construction and decoration of the temple. This forced the researchers to reanalyse the original data-set of drawings, parallels and descriptions. Ultimately, the pilot project showed that the interaction between researcher, visualization and data helps to improve archaeological interpretations. 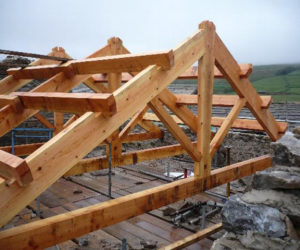 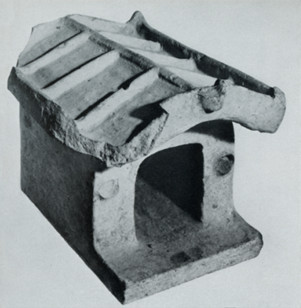 Sources for reconstructions are diverse, and usually includes a study of traditional building practices and ancient evidence such as this building-shaped urn. 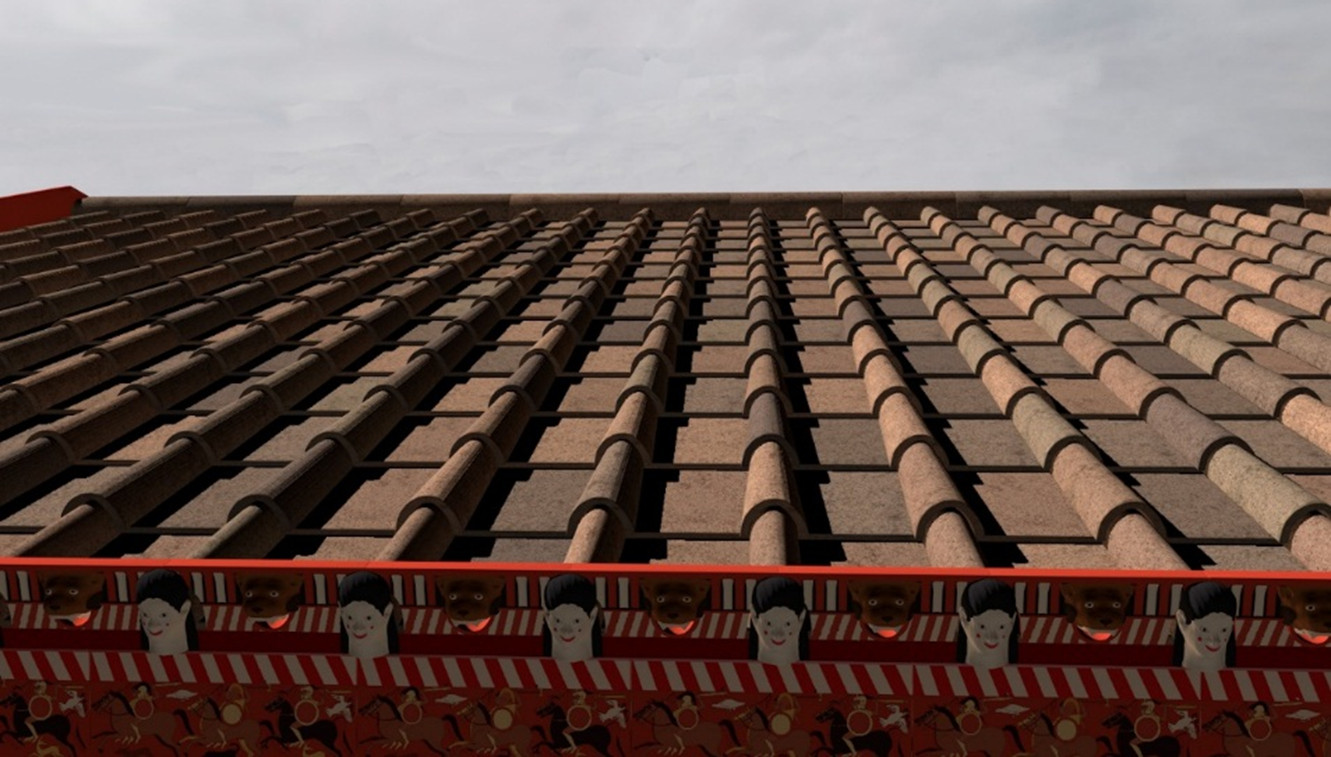 The edge of the roof, or 'sima', was richly decorated with terracotta reliefs

Exploded view of the temple