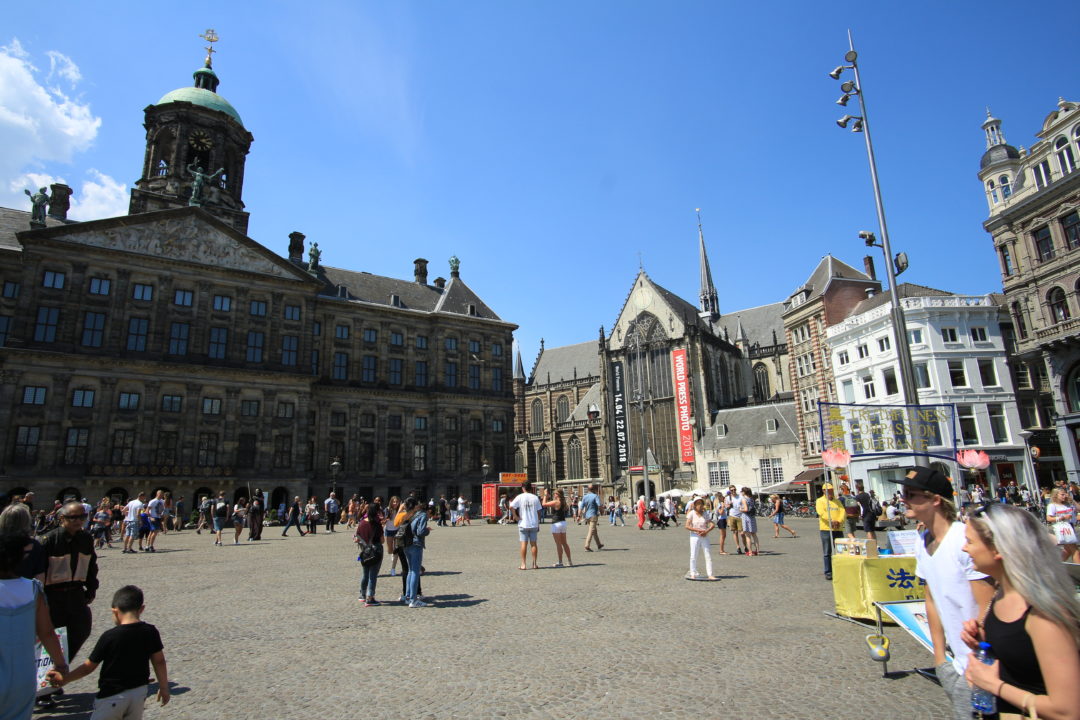 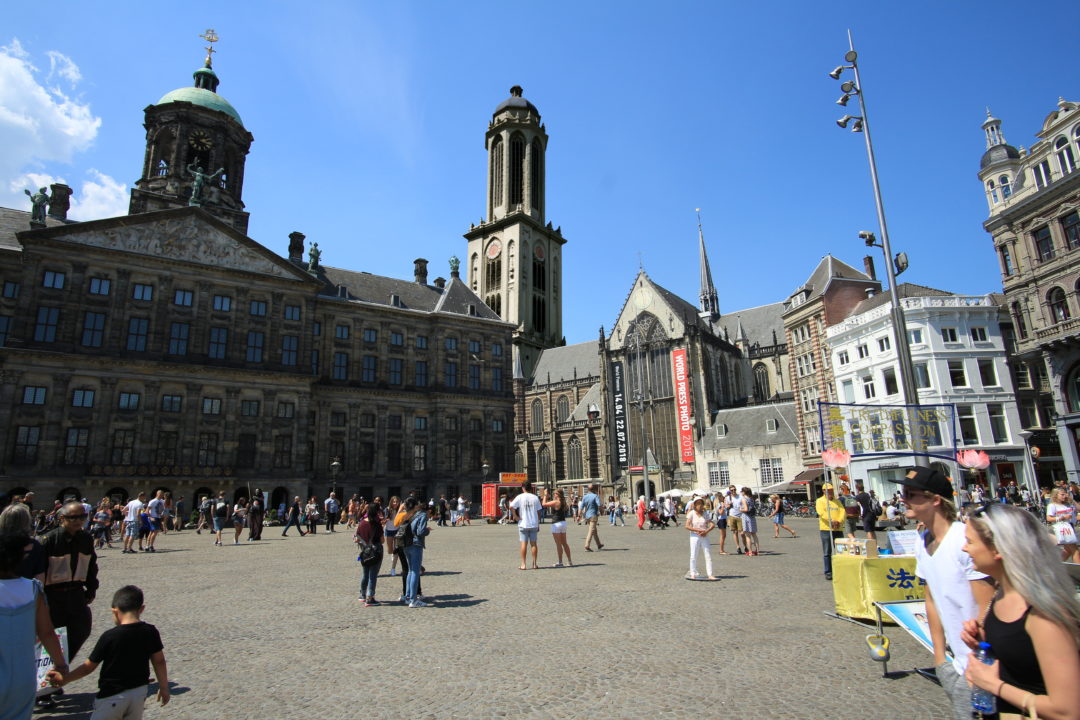 The project had progressed enough so that they already had started building the base of the tower (still visible today), so the design was completely finished. In fact, a scale model of the tower still survives in the Amsterdam Museum. A 3D model had already been made using a photo modelling technique. So our plan was to visualise this 3D model in the current urban scene of Amsterdam.

Ideally I would put the 3D model of the tower in a accurate 3D model of the city of Amsterdam, and render out the views. But constructing this model would take us far beyond the scope of this small sized project. So instead Gabri chose four viewpoints from which he wanted to look at the tower to gauge its visual impact. I prepared these viewpoints in a georeferenced map of Amsterdam loaded in 3D a modelling program, where I had also imported the scaled scale model of the tower. I decided position and angle of the camera, and the lens type in the 3D modelling software, and then went to the actual locations in the city centre to take matching photographs. I imported these back into the 3D modelling program, fine tuned the virtual camera positions and rotation, and rendered the tower from exactly these viewpoints. Also the sun position was chosen to match the date and time of the day on the photos. Finally, as the virtual and real world cameras were an exact match, the photos were simply overlain with the renders of the tower in a graphics program.

Note that not much has been changed to the colour of the tower as the ‘textures’ of the 3D photoscan were used and simply tweaked to blend in with the stone materials of the Nieuwe Kerk and Paleis op de Dam. So a next step would be to make a more realistic material for the tower so the result would be even more convincing.

To return to the question of urban impact, it is partly a question of taste. Visual impact is very hard to separate from aesthetic judgement. I expect that many modern observer would not have minded a 116 meter high tower on this location. In my view it complements the urban vista quite well, and if this alternative history would have unfolded, I could completely see the New Tower to have become one of the cherished prides of the Amsterdammers.